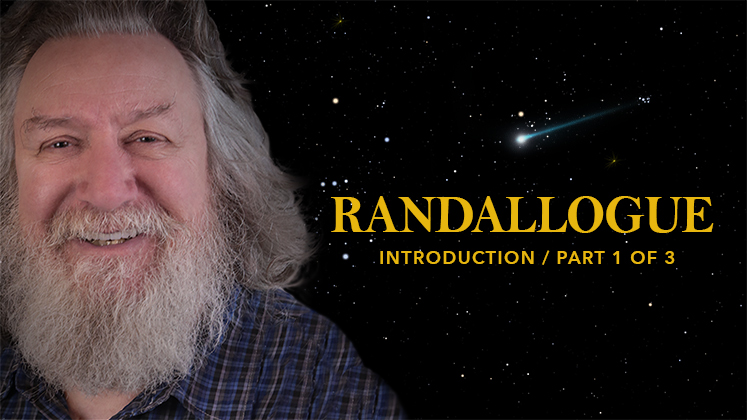 With this new blog I will have the opportunity to wax eloquent about a variety of matters that I find to be important, timely, interesting, though-provoking, entertaining, inspiring, or even controversial and provocative. Of course, I will regularly get into the… themes and subjects with which I have become associated and with which I have had an obsessive interest for decades: cosmography and catastrophism, mythology, archaic traditions of all kinds, geometry, architecture, art and symbolism, history, science in general, or even take a dive into some topics considered esoteric or metaphysical and whatever else happens to strike my fancy. And, I will not hesitate to comment on current events or relevant socio-political issues when appropriate. I may comment on trends in popular culture if there appears to be some degree of relevance to larger issues. I might even talk about things I haven’t even thought of yet.

I might also do a little reminiscing, recollecting and/or reflecting about days gone by. I believe it to be profoundly important that each generation pass on to the next the vital, accumulated knowledge by which the general condition of human life on Earth will continue its trend toward overall improvement. This passing on of knowledge can take place either historiographically or anecdotally. One can, and should, read widely into a variety of historical subjects from a variety of perspectives, but one should also access, even seek out, the stories and recollections of older generations whose life experiences are now part of that history. Sometimes valuable insight can emerge from apparently innocuous sources and connections.

I would argue that one cannot begin to understand current circumstances without historical context. This is one reason why it is dangerous to attempt to erase history because one happens to find certain elements of it unpalatable, or to attempt to rewrite history to conform to a currently fashionable political narrative. History is not black and white, there are many shades of grey and many nuances to issues which, upon cursory view might appear cut and dried but are, in fact, quite complicated. Our future survival may well depend upon an informed and unflinching view of history as it really was, not as some political opportunist wants it to be.

The long view that I would recommend to any student of history trying to make sense of current circumstances would encompass at least 13 thousand years, which brings us back to the final centuries of the Great Ice Age. This was a time of intense transition that had dramatic effects on both the planetary biosphere and unavoidably upon human society such as it may have existed at the time. And in that regard, it appears increasingly likely that there was substantially greater complexity to the story of prehistoric civilization than academic orthodoxy has been willing to consider up to this point.

Standing like a central pivot between two world ages is a 1300-year spell of extreme climate that was bookended at both its beginning and its termination by world shaking catastrophes. The span of time has come to be known as the Younger Dryas.

Why is the understanding of the Younger Dryas period important? For some perspective let us consider what transpired in the aftermath of the YD, that is, from a time about 11,600 years ago, and how that laid the foundation for the modern world we now inhabit. Because, to reiterate an idea, only by knowing where we have been, can we have any hope of knowing what lies ahead. The farmer must understand the patterns of weather, climate and seasonal change to survive and prosper, in other words, must have foreknowledge of what is to come within the cycles and patterns of nature’s changing seasons. So also, it is through foreknowledge of what is to come within the changing of the cosmic seasons, that the civilization we have created and built up since the inception of the Industrial/Scientific Revolution will survive, instead of joining the wreckage of countless civilizations that have gone before and whose dismal ruins are now found scattered across the face of the globe.

The Younger Dryas planetary upheaval represents the rebooting of the world, and the civilization that followed in its aftermath, after a long, arduous climb over thousands of years, after undergoing multiple interruptions, set-backs and aborted efforts, now stands on the threshold of a cosmic expansion.

By way of contrast to the situation as it now exists let’s consider the recent past including only a mere 5 or 6 generations. When my grandparents came into the world at the end of the Nineteenth century, trains were in existence but the main mode of transportation was by foot, by horse or other quadruped. Fields were still being plowed by mule or oxen as they had been for millennia. Telephones and automobiles were in their infancy but were unknown to the vast majority of people. The first radio communication system had not yet been built. Virtually no one had electricity or indoor plumbing. While steam heating had been invented, most homes and buildings in America were heated by coal or wood. Almost all home lighting was by oil lamp or candle with some gas lighting used by the wealthier classes. The human species was still firmly anchored to the ground, airplanes did not exist.

When I came into this world a half century later, in early 1951, television was in its infancy and only a few rich people owned them. Telephones were all operated by rotary dial and tethered to the wall by wire. No one owned a computer. COBOL, the first computer language had not been invented yet, computer chips were still a half decade away. The first test of a hydrogen bomb was a year and a half away. The first nuclear power plant became operational the year I was born.

Kids spent most of their free time playing outdoors.

Humanity had no presence in space. I was already six years old when the first satellite was launched into orbit by the Soviet Union. Now, we have a virtually instantaneous global communication network that functions because of the presence of some 2000 satellites arrayed in a variety of orbits anywhere from 100 miles to 20 thousand miles above the Earth. We have sent probes to other planets, and to rendezvous with asteroids and comets. We have sent satellites out of the Solar System altogether toward deep space and the stars. We have stepped foot on the Moon and brought actual samples of that world back to Earth. We have used our space-based presence to map and photograph both this world and others in astonishing detail. Our satellite systems allow us to monitor changes in weather and climate, changes in air quality, changes in the biosphere and the oceans, changes in land use and the list goes on and on. The scientific and cultural benefits are immeasurable. We have also learned a great deal about the implications of the human presence in space. As I write this in July, 2020, the United States has just completed its 300th spacewalk.

We have come an impressively long way scientifically, technologically and culturally in the past few centuries, the so-called era of the modern. Is it not reasonable to wonder why this accelerated advancement has taken place at the pace it has and why it is happening at this particular time? Might we ask what conditions have stimulated, or catalyzed, this astonishingly rapid leap forward that are unique to modern times more so than some 5000 previous years of history?

Again, to even begin to answer these questions we must take the long view, in this case the perspective of the epoch in which humanity rose from a few million individuals worldwide, grouped into scattered nomadic tribes of hunter gatherers, to the present phenomenon of a rapidly integrating global civilization of 7.8 billion people. All of this occurred during the geological epoch we call the Holocene, literally, the period of time encompassing the “whole recent.” But to understand the role and influence of the Holocene on human history we must understand the circumstances of its birth. It was not an easy birth.

In fact, in terms of planetary environmental history, it may have been the most traumatic episode of the past 5 million years.

The geological stage associated with the most severe and rapid episode of change during this transition from one world age to the next, from a full-blown glacial age into the more or less benign interglacial age in which we are now privileged to live, is called by geologists the Younger Dryas chronozone. A Chron is a subdivision of an Age, which is a subdivision of an Epoch, which is a subdivision of a Period. A chronozone then, is the least span of time in the hierarchy of world ages as represented in the geological time series and is defined by the rocks and/or fossils that characterize this particular span of time, the Chron. At 1300 years in length the Younger Dryas is considered a chronozone.

I have been dealing extensively with the Younger Dryas episode and evidence for a YD cosmic impact in the Kosmographia podcast series. This blog will allow me to elaborate upon some of the themes and topics addressed in those and other upcoming videos as well as to add complementary information. However, I plan to structure these blog posts so that they can stand on their own if access to the podcasts is not available.

1. Introduction To The Randall Carlson Blog / Part 1 of 3