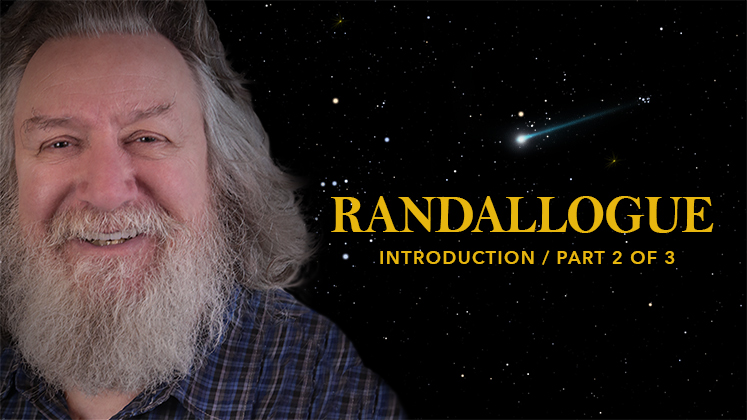 Here we are with another contribution to the new website with a new initiative to move this work to the next level. So, what do I mean by “this work?” And what do I mean by “the next level?  First and foremost, this work is educational. We inhabit a world and a universe that are profoundly mysterious in multiple ways. We are presented with layer upon layer of mystery… that beg for our attention. We are also presented with a host of challenges that demand our attention if we are to have a viable future on this planet. The Old Testament prophet Hosea wrote “My people are destroyed for lack of knowledge: because thou hast rejected knowledge, I will also reject thee.” If we, as a civilization, perish in the inevitable vicissitudes of natural change, it will be because we succumbed to the plague of ignorance infecting a large portion of the human species at the present time. It should be noted that the root of ignorance is to ignore. To invoke the prophets once again, there have always been those who were able to read a deeper meaning in the forms, images and phenomenon of the natural world which the populace at large tended to ignore until that which was potential and imminent was ultimately realized, that is, made real. At which point it was generally too late.

It is almost as if this world itself is a classroom, a proving ground if you will, and the final exam is about testing our ability to devise a civilization on this planet Earth that can endure sustainably for the foreseeable future. At the moment it doesn’t appear that we are doing such a commendable job.

However, every day brings new discoveries and knowledge, which, if we are attentive, appear to offer tremendous reason for optimism that we just might be able to pull it off. On the one hand, scientific discoveries continue to accumulate that portend a glorious future if we don’t succumb to the pandemic of stupidity, ignorance, and conceit currently raging about the globe and, especially virulent in those who would presume to a role of leadership with the concomitant wielding of power that is typically bestowed upon those so disposed.

Scholars, researchers and scientists are able to recreate the past with ever more sophisticated degrees of precision, accuracy and detail, incorporating the discoveries of archeologists, paleontologists, geologists, astronomers, historians, anthropologists and many other scientific disciplines, to better understand our human past on this extraordinary planet we call home.

On the other hand, supplementing the discoveries of modern science there exists a legacy of wisdom and knowledge inherited from our past, preserved in the form of sacred writings, ritual, architecture, ceremonial traditions, symbolism, allegory, epic poetry and song, mythology, legends, folklore and more.

The fusion of these two streams of knowledge will produce a mighty river that will sweep all before it and by its powerful evolutionary currents compel the world into a new epoch of existence.

Also, it is an inescapable conclusion to one who considers the great themes of history that there have existed individuals and groups who have made the primary purpose of their existence the preservation and perpetuation of those legacies of the past. In the 21st century we are privileged to access some of these traditions that have, somehow and in spite of overwhelming odds, managed to survive for centuries, or even millennia, to deliver their priceless consignment of knowledge precisely when it is needed most.

And, there now exists a growing group of people, who, coming from a wide array of backgrounds, feel called to put their hand to a great work, to take up their trowels, so to speak, to participate in a mighty undertaking, an incomparably grand project, even as our ancestors were moved to dedicate themselves to a labor that transcended mere day to day existence, something that brought them and the world closer to a very real, but ineffable, goal: the uniting of heaven and Earth. Across the face of the globe, from every continent and from every age, in the pitiful ruins and remains of dozens of ancient civilizations we can clearly discern the outlines of a vision and an epistemology dedicated to the attainment of cosmic existence. From what source arose this great impetus to build an infrastructure that reflected the heavens?

The great spiritual traditions of mankind have universally been predicated upon the idea that humanity is a fallen species, that a higher domain of being is our rightful heritage. Looking about us today at the epidemic of ignorance and constricted thinking it is hard to imagine that we might be embryonic gods, but the exceptions prove the rule and justify faith in the latent potential of Anthropos. For there are always the few who strive for something higher, the seekers of knowledge, the master builders who know they exist to improve the world, to leave it a better place for their having lived. They are the prototype of the next age of humanity.

For the seasons of the Great Year are very real. The cosmic cycles revolve in their time and in the process initiate revolutionary upheavals in the balance of the world. It is then that civilizations are put to the test, with most, up to this point, failing to earn a passing grade.

As for us, the inhabitants of planet Earth in the 21st century, we can choose exaltation or we can choose oblivion. The choice is ours.

But the absolutely indispensable condition, the one without which our future will inevitably be one of decline, decay, and a vicious struggle for diminishing resources, is Freedom: freedom of thought, freedom of word and freedom of action.

In an environment of freedom, we can open the door onto a magnificent future. The alternative is totalitarianism and if we choose that route, then, with absolute certainty, a new dark age will descend upon us and our world will join the wreckage and rubble of former civilizations.

Let the cynics, the nihilists and pessimists, the doubters and the trolls be obliterated by the grand sweep of a history that takes no notice of their existence. Let them go to their graves knowing that their presence upon the Earth has counted for little or nothing.

But to those with eyes to see and ears to hear, to those with the sense that there is a higher meaning to life, listen attentively and hearken to the call of the Great Work. For the generation alive today has no less a responsibility than the recovery and restoration of the Holy Grail, symbol and source of the universal medicine that alone can heal what ails the world. It is a secret that has been handed down from an antiquity so remote that we see only a faint shadow to persuade us of its existence. But make no mistake: The lost history of the world is the lurking variable that changes all outcomes.

And as the Grail Knight Perceval wandered the wasteland in search of that which was lost, we must make a journey to the place of mystery, the place wherein the ancient Arcanum lies hidden, awaiting its rediscovery.

The Holy Grail is concealed from our view by the veil which separates the known from the unknown, the visible from the invisible, the world of the present from the world of the past. The wandering Grail knight Perceval represents the fool in all of us, who, embarking innocently on that perilous journey in search of knowledge, now stands before that inscrutable veil, straining every nerve to see and to hear that which lies beyond.

Piercing the veil represents completion of the first stage of the work and the initiation of the next stage of the journey back to our origins, for only by knowing who and what we are will we have the prerogative to fulfill our destiny within the great evolutionary unfolding of terrestrial life. Perceval represents anyone who aspires to see further and deeper, to pierce the veil of illusion, because only by that means can the world be freed of its enchantment, the spell broken and the wasteland healed.

2. Introduction To The Randall Carlson Blog / Part 2 of 3