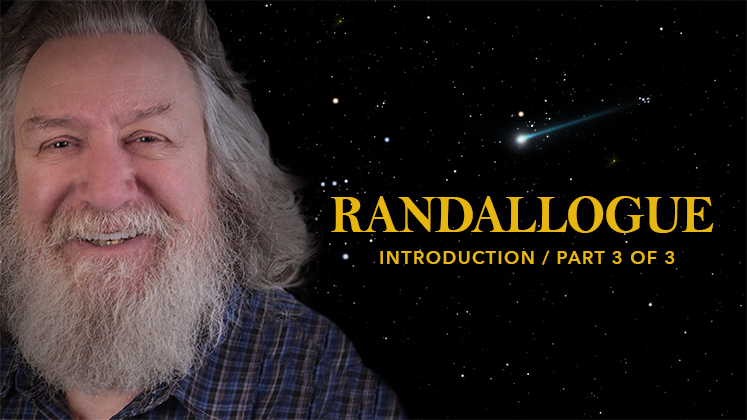 When we consider that apparently modern humans have been walking this Earth for upwards of 200 thousand years, we are moved to wonder what was going on during all those forgotten millennia in terms of human social organization. Should we assume that no group ever advanced beyond widely dispersed tribes of nomadic hunter-gatherers, living off the land and, presumably, trying to avoid being eaten by the vast numbers of formidable predators with whom they shared the planet?

Gradually science is filling in many of the blank spots in the history of mankind on Earth. As more knowledge becomes available an interesting outline of events begins to emerge, which in some ways raises more questions than it answers.

It is interesting that the geological epoch immediately preceding the present Holocene, the Pleistocene, is now believed to have begun about 2.6 million years ago, when the Earth shifted from a period of relative warmth to a much colder, less stable climate that regular and frequently lurched back and forth between climatic extremes while large masses of continental glacial ice waxed and waned. Being that the Holocene only began 11,600 years ago, according to the latest reckoning, the Pleistocene is some 224 times as long. The question might be asked: Is the Holocene legitimately a distinct geological epoch or is it really just an interglacial phase of the Pleistocene? Should we expect a return to full glacial cold at some point in the future?

For the sake of context, here is a rough outline of events starting at the Late Glacial Maximum:

The LGM was the last phase of a series of glacial-interglacial oscillations that define the Pleistocene Epoch. The LGM lasted from about 21 or 22 thousand years ago to about 15 thousand years ago. During this period continental glacial ice was at its greatest extent in perhaps the last 40 thousand years. This mass of continental ice piled high over some 6 to 7 million square miles of the Earth’s surface, caused ocean levels to draw down about 400 feet.

But around 14,600 years ago there was a sudden warming spasm and ocean levels rose many feet over a short period of time. This sudden and rapid rise in sea level is referred to as Meltwater Pulse 1A. It is a foregone conclusion that a rapid introduction of fresh water into the oceans of the world must be associated with an equally rapid melting of the ice sheets.

After this the ice sheets returned to their orderly retreat. However, at about 12,800 or 12,900 years ago there was a sudden reversal of this gradual warming and the Earth, for the most part, returned to a condition of full glacial cold. Evidence suggests the ice sheets stopped their retreat and even began to expand once again. The period of cold lasted about 1,300 years and is called the Younger Dryas.

At 11,600 years ago another spasm of intense warming occurred, associated with another melt water pulse to the global oceans. For the next several millennia the Earth continued to emerge from the grip of the ice age and more or less stabilized into the relative warmth of the Holocene by about 9000 to 10,000 years ago.

It was during this transitionary period from glacial to interglacial age that almost half the great megafaunal species of the planet succumbed to the forces of change. These extinct species constituted an impressive bestiary: Woolly mammoths, mastodons, sabre-toothed cats, dire wolves, giant beavers, armadillos and camels, elephant sized sloths, elk with 12-foot antler spans, giant bears that stood 6 feet tall at the shoulder, woolly rhinos, and on and on the list could go. By 12,800 years ago they were all erased from the Earth in what constitutes the last great mass extinction episode in planetary history. It is almost certain the various mammal species that did survive likewise suffered a rapid decline in numbers but not with the same degree of ruthless efficiency that left extinct species unable to repropagate.

Along with the disappearance of the great megafauna, the human culture of unglaciated North America also disappeared. This population of late ice age humans have come to be called the Clovis, after a site near Clovis, New Mexico where tools and weapons used by these people were first found in association with extinct animals.

There is a ubiquitous feature found at over 50 Clovis sites in North America that is called the Black Mat. It is a carbon enriched layer that dates precisely to the onset of the Younger Dryas and marks the boundary below which megafaunal remains are found but not above, as well as marking the disappearance of the Clovis people, which apparently happened at the same time as the extinction event.

In the aftermath of the upheavals surrounding the Younger Dryas, by about 10 thousand years ago, vast areas of the northern hemisphere were radically different from what they had been before. A new order of nature now prevailed. Human culture entered a new phase that is usually called the Neolithic, or New Stone Age. The population began to grow and thrive in this world of post-glacial warmth. This is the time during which we see the foundations of the modern world begin to appear upon the stage of history.

Dr. Senta German, expert on Aegean, Greek and Ancient Near Eastern archeology and art, now with the Ashmolean Museum of Art and Archeology, has written on the development of language for the Khan Academy. Her perspective is particularly relevant to the matter under discussion. In an essay entitled The Neolithic Revolution, she writes:

“The way we live today, settled in homes, close to other people in towns and cities, protected by laws, eating food grown on farms, and with leisure time to learn, explore and invent is all a result of the Neolithic revolution, which occurred approximately 11,500-5,000 years ago. The revolution which led to our way of life was the development of the technology needed to plant and harvest crops and to domesticate animals.”

The earlier of the two dates above should, by now, be familiar to regular listeners of the Kosmographia podcast. 11,500 years ago, marked a major transition from the Younger Dryas stage into the so-called Pre-boreal stage, which also coincided with a major shift in geological epochs, from the 2.6 million years of the Pleistocene Epoch into the modern Holocene Epoch. This shift is now dated as occurring 9,500 years B.C. or 11,500 years ago. Interestingly, it is also, as I have pointed out numerous times, the date that Plato gives for the events marking the end of the Atlantean empire.

Professor German explains that: “Neolithic peoples didn’t have written language, so we may never know (the earliest example of writing develops in Sumer in Mesopotamia in the late 4th millennium B.C.E. However, there are scholars that believe that earlier proto-writing developed during the Neolithic period.”

Most models of the spread of language, at least as far as the origins of the Indo-European language family are concerned, associate it with the emigration of early Neolithic farmers from the region of Anatolia, now in Turkey, which occurred in the first few millennia of the Holocene Epoch.

While it is agreed that the domestication of dogs began well back in the ice age, at least 15 thousand years ago, the consensus opinion is that domestication of other animals such as sheep, goats and cattle commenced around 11 thousand years ago, concurrent with the transition to a more settled, agriculturally based existence in the post-glacial era.

Cities and settled communities also emerged in those millennia immediately following the glacial-interglacial transition and the stabilization of climate in the early Holocene. Archeologists have excavated the remains of 20 successive settlements in the city of Jericho in the West Bank area of the Jordan Valley, dating back to 11 thousand years ago. Interestingly, the oldest archeological remains date the first year-round occupation of the valley just after 11,600 years ago. The Anatolian proto-city of Catalhoyuk (in modern day Turkey, pronounced roughly chatal hook) existed from about 9,100 years ago until about 7,700 years ago during which 18 successive layers of mostly domestic infrastructure were laid down. The area that evolved into the city of Damascus, considered by some to be the oldest continuously inhabited community in the world, saw its’ first settlement between 8 and 9 thousand years ago. The Phoenician port city that came to be called Byblos, in modern day Lebanon, was established by 7000 years ago, not long after sea level stabilized with the final melting away of the great glaciers. The first cities and urban complexes in Mesopotamia such as Eridu, Uruk and Ur appeared by about 6 to 7 thousand years ago.

It is generally agreed that the rise of agriculture made the emergence and growth of cities possible with the associated growth in human population, along with the evolution of new skills and specialization that was the natural consequence of the increased leisure time made possible by an abundance of food.

So, let’s recap: We have the emergence of agriculture ‒ undoubtedly the precursor to what followed ‒ the domestication of animals, the dispersion of languages and the earliest cities all appearing in those formative millennia immediately following the great planetary shift out of the Ice Age, again, after modern humans had been inhabiting the Earth for at least 150 to 200 thousand years. Can we now understand that the centuries of the Younger Dryas stand as a screen, or veil, obscuring the long millennia of human existence and activity on Earth that preceded our Holocene epoch and the rise of modern civilization? What we now know about the abrupt and frequently catastrophic changes that have been a regular part Earth history raises an important question:

Is it time to rethink prehistory?

3. Introduction To The Randall Carlson Blog / Part 3 of 3